More broadly, the artworks draw on the hi-vis aesthetic synonymous with the Government supported industries, such as mining and construction, as well as the excessiveness of colonial attire, as seen in portraits such as James Stirling’s displayed at Government House, Perth. These industries are suggested to play a strong role in the current-day perpetuation of colonialism.

Department of Land Theft was shown at The Lobby, Swanbourne in July 2018. The series has continued to be developed since. 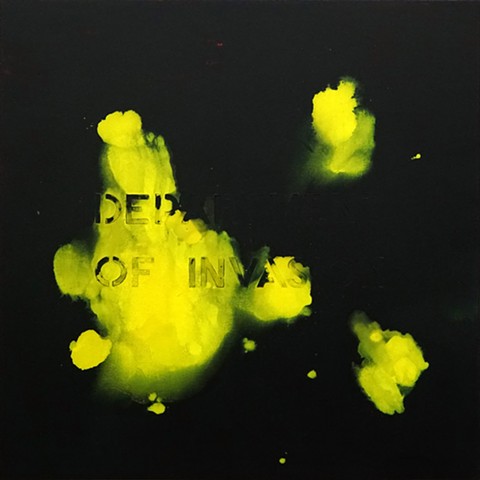 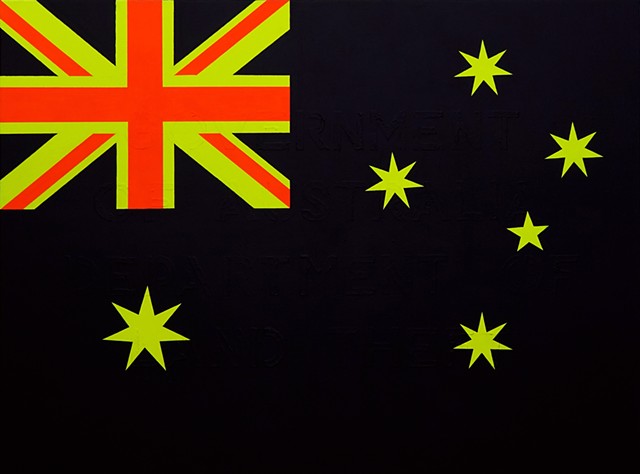 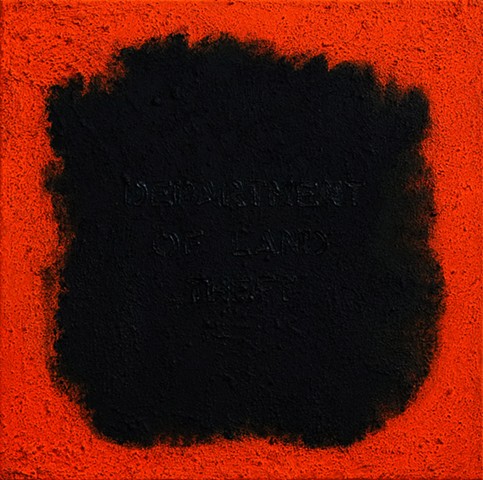 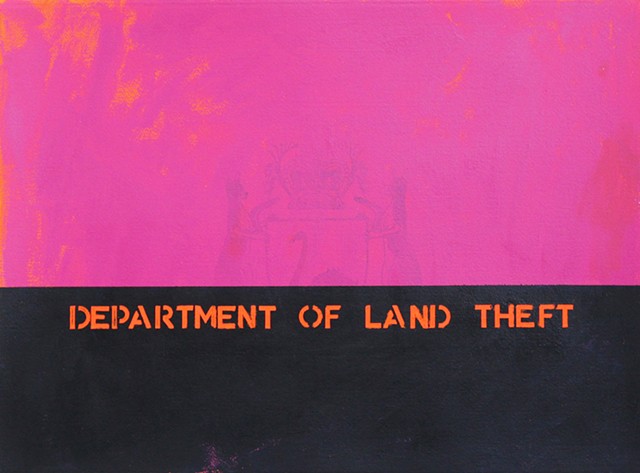 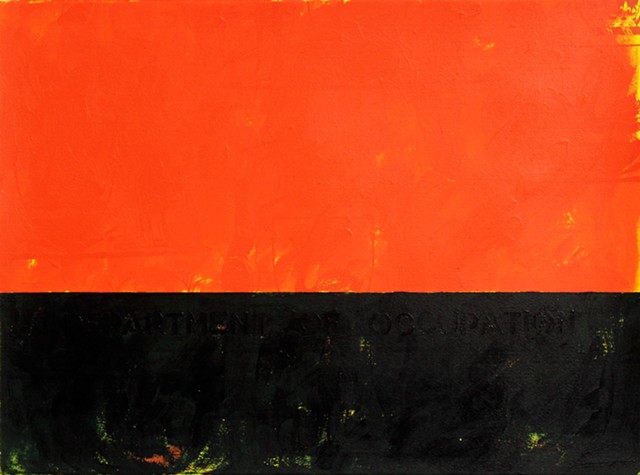 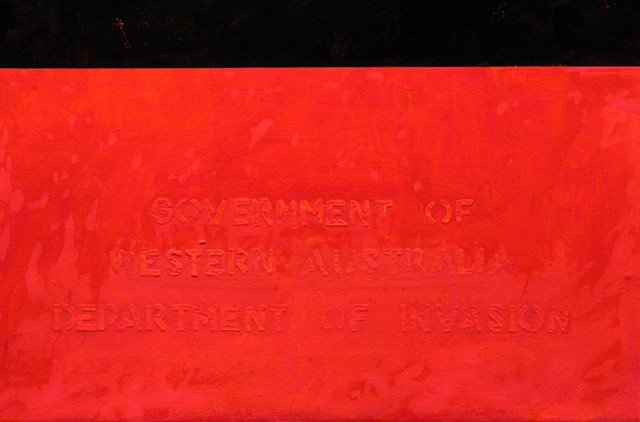 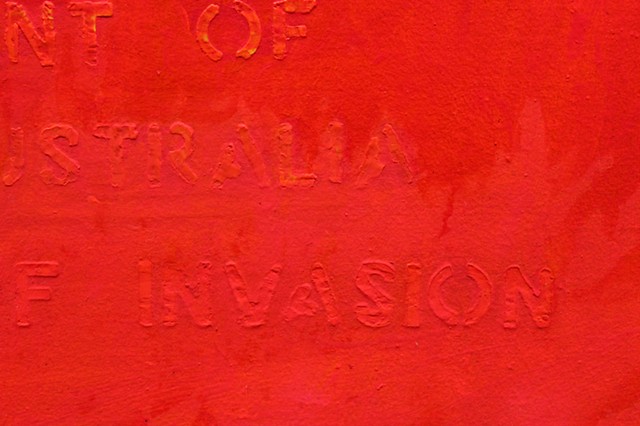