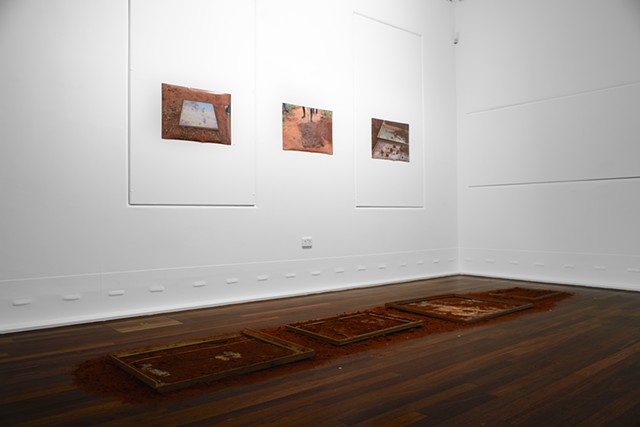 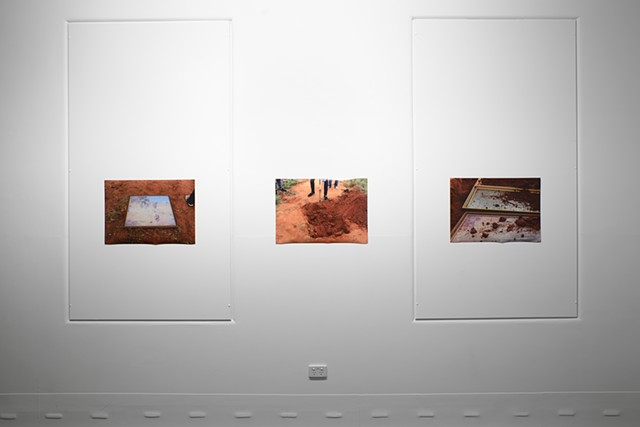 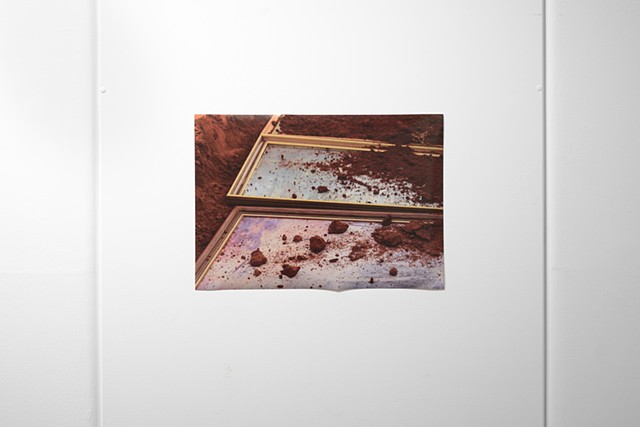 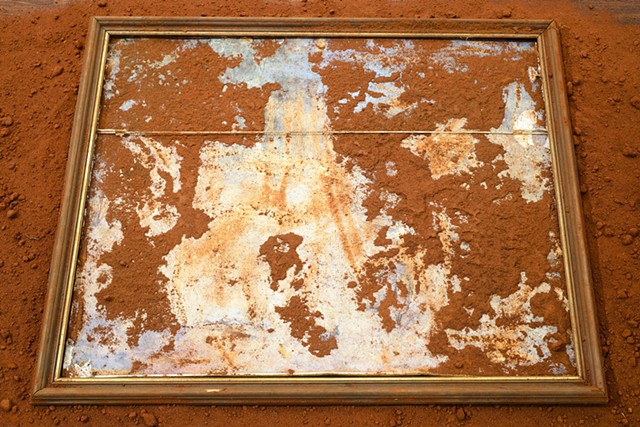 Concealed and Revealed shown in Heathcote Select at Heathcote Gallery, WA in 2016 comprises of four buried and then exhumed found paintings and three photographs documenting the action. The installation explores the parallels between colonial privilege with the privilege given to Australian Colonial and Impressionist paintings. The works aim to question the whitewashing of Australia’s colonial history and the way it is normalised in contemporary Australia.