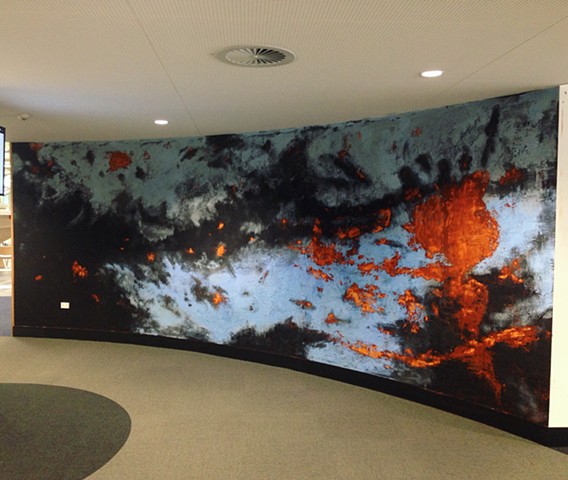 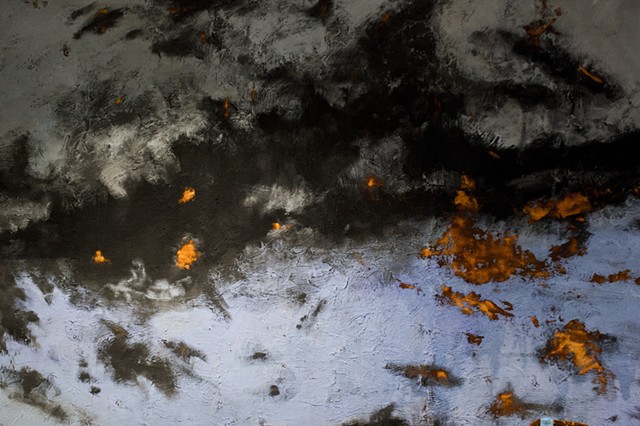 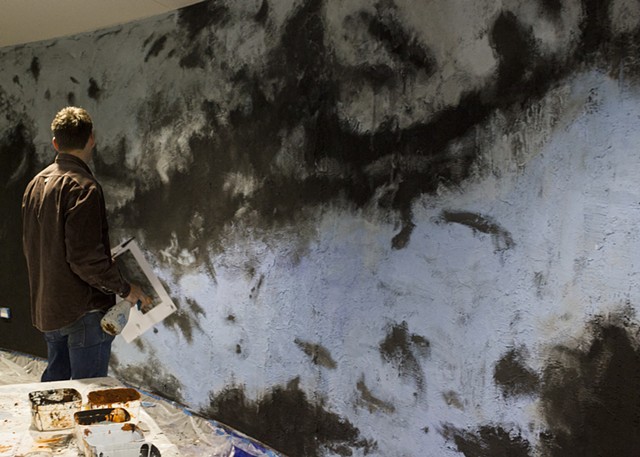 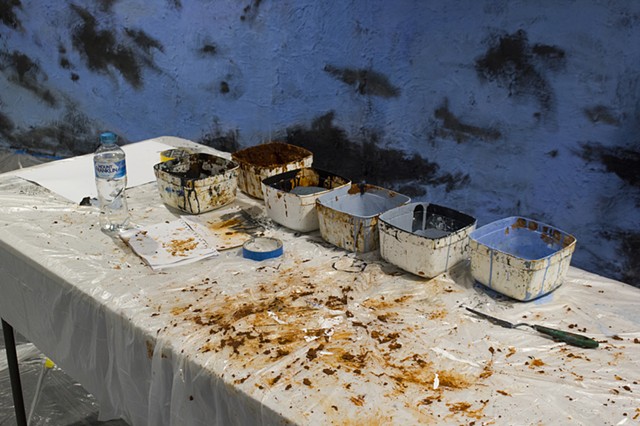 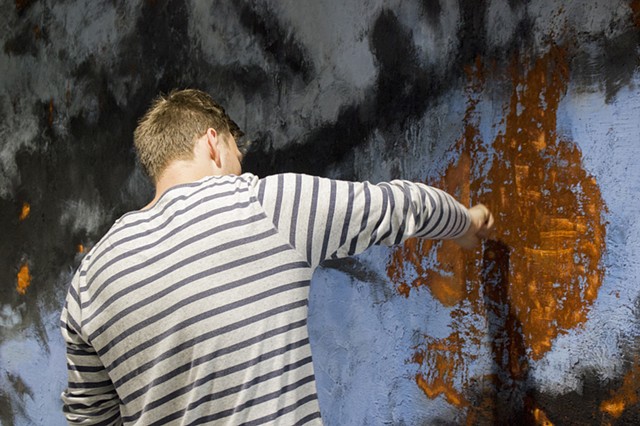 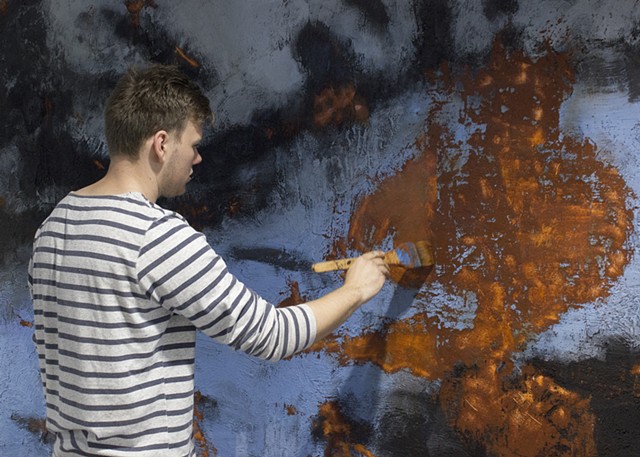 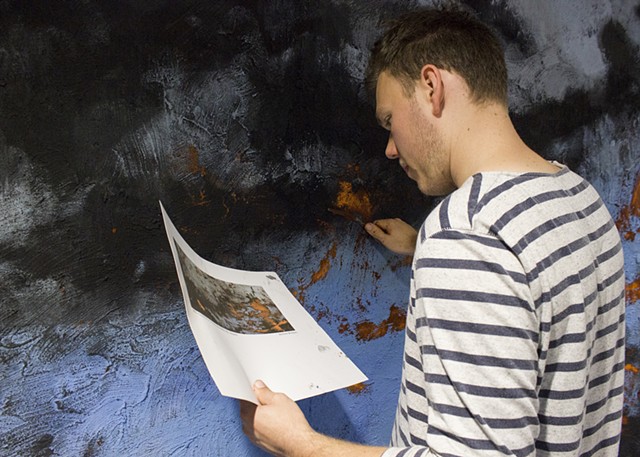 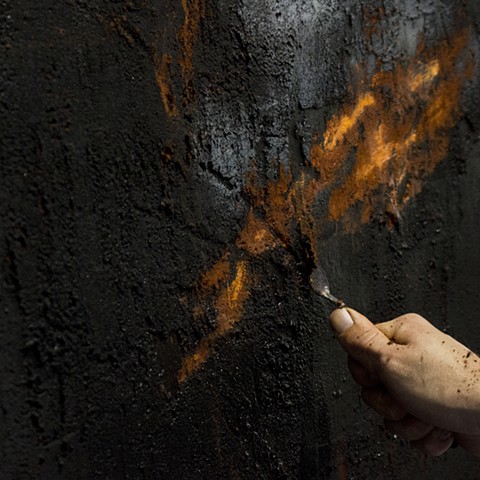 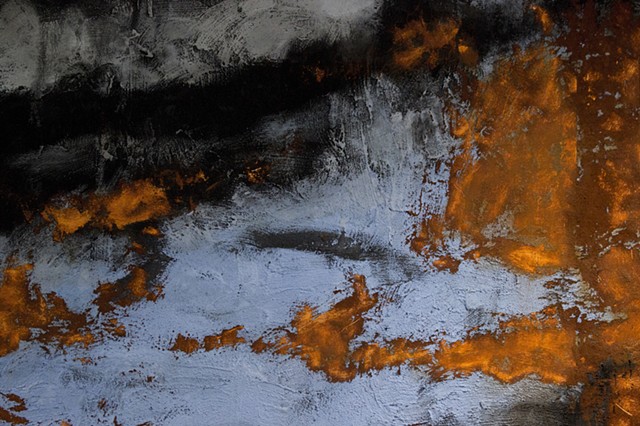 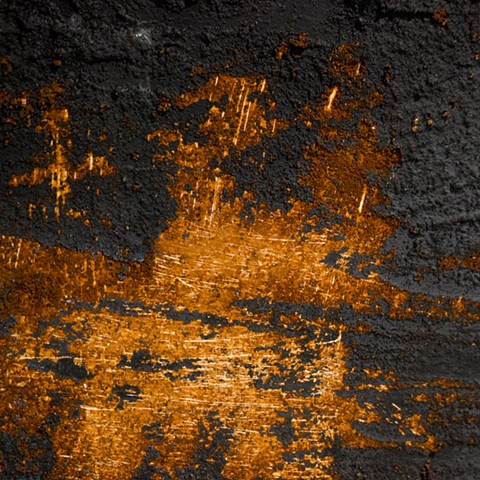 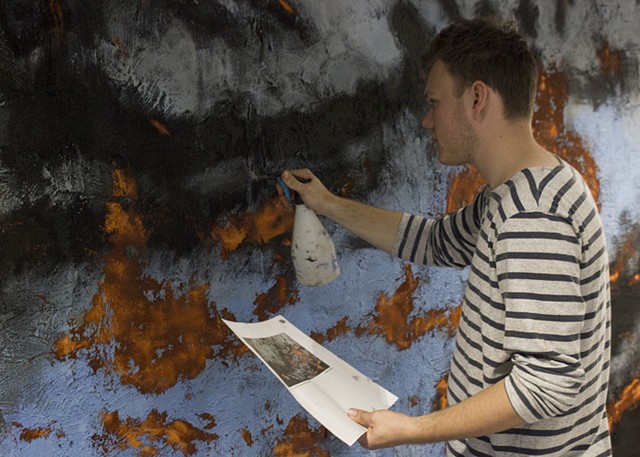 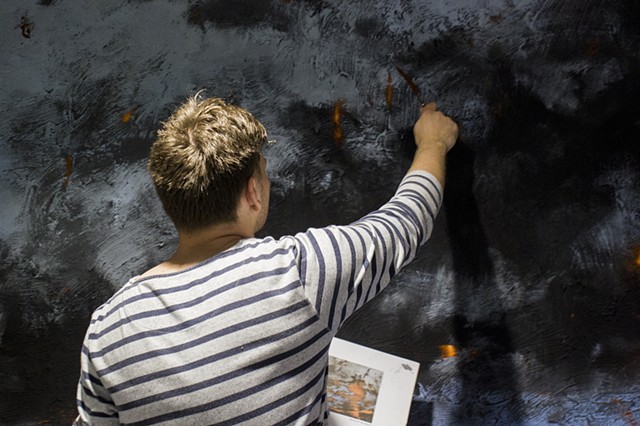 Godroo/Goodamiorup/Gurndanulup/Matilda Bay explores the complexity of landscape in Australia, prompting the viewer to consider the land we are standing on and it's deep, rich and complex history. The mural utilises earth to directly reference the land and is contrasted with the dark tones and blues. The grittiness and layered application of paint and earth aims to suggest the complexity of landscape and place. This is also suggested by the cracked moments in the mural.

Flavia Hodges discusses that the European naming of a place was often an attempt to control it and stake ownership. As with most settler colonies, the European settlers of the Swan River named many landmarks independently from the pre-existing names in place under the Nyoongar language. European settlers named the calm water near this very campus as Matilda Bay. In Nyoogar language this same area has at least three names, which refer to different areas of the bay: Godroo, Goodamiorup, and Gurndanulup. The title of this work privileges the Nyoongar names first, in an act of recognition, to show the deepest respect for the traditional custodians of this land.

This mural was commissioned by the UWA library in September 2016 and was completed while I was their Artist in Residence.